Malaysians are becoming more educated about mental health but there is still a lot to be desired when it comes to awareness.

and licensed counsellor at Faith Foo Counseling, a centre for Individual, Couple & Marriage Counseling, on mental health, its stigmatisation in Malaysia and how we can tackle this issue.

1Twenty80: Is mental illness still stigmatised in Malaysia? What are the examples of ways these illnesses are stigmatised?

Faith Foo: Yes. Examples of stigmatisation are labelling, name calling, rejection and discrimination. Those who are mentally ill are often being labelled as a group of people that are different from others (crazy), they are linked to be deviant or undesirable by society (dangerous, violent, unpredictable people). For example, a person schizophrenia is less likely to be accepted in a neighbourhood)

1Twenty80: Why is mental illness still stigmatised and swept under the rug?

Faith Foo: Due to the shame and labelling associated with mental health disorders, people who are dealing with a mental illness find it harder to deal with the stigma than they do the mental illness itself.

1Twenty80: In your experience, what are the common things that people would say regarding seeing a psychiatrist?

Faith Foo: Seeking psychiatric help appears to carry its own mark of disgrace in many ways. To most people it is unacceptable to be mentally ill; the ideas of seeing a psychiatrist help itself pose as a threat to one’s sense of self, worth, esteem and confidence.

Other reasons that prevent people from seeking help are fear and shame. They don’t want to be associated with having a mental illness and don’t want to be labelled “mentally ill” or “crazy.” They worry that this label could badly affect their career, education, or other life goals. And the feeling of inadequacy, as if they have to admit something is “wrong” with their mental health.

1Twenty80: What are the most common mental illnesses in Malaysia and are they treatable?

Faith Foo: The most common mental disorders are depression, anxiety and substance use disorders. In fact most disorder can be helped with professional care, especially when caught early.

1Twenty80: How can we educate the public on mental health and how mental illnesses shouldn’t be stigmatised?

Faith Foo: It can be reduced through knowledge, especially about possible helpful interventions and information about the frequency of these problems in the general population.

We can start to create awareness, promote mental health and understand mental illness to reduce stigmatisation. Increasing awareness of the nature, magnitude, and treatment of mental health problems is a fundamental step towards improving mental health care.

The goals of creating awareness, are to inform the public about the nature and treatment of mental illness, which will facilitate early identification and treatment of such problems arise. This reduces the stigma attached to mental illness that might cause further emotional and social distress or prevent an individual from seeking treatment. Form a healthy form of dialogue between different groups so people can begin to work together to promote mental health.

1Twenty80: What are other causes of prejudice against mental illness?

In Malaysia, our culture and religion do play important roles, many still believe in the supernatural and spiritual causes as the cause of psychiatric conditions. Especially in the rural areas, people tend to seek alternative healers as primary treatment before reaching out to the officially trained and recognised mental health professionals.

1Twenty80: What is your take home message to Malaysians regarding mental illness?

Faith Foo: Seeking help is as simple as seeing a doctor, when we expose ourselves too much to bacteria and viruses our body immune systems go down, we get sick. Same goes with our psychological immune systems, we exposed to too many stressors or adversity, it will go down and we get sick emotionally. All we need to do is to seek help and get well. Physically or psychologically if we are ill we need to seek professional help. 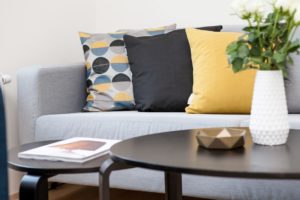 Mental health is an integral part of health. Others should know that people with mental illness can thrive and succeed. It is good for people to know that they have recovered, they are not always “ill”. Reach out to someone you know who is suffering from mental illness. Give them your support. Be a friend. Stand up when other people speak about those with mental illness in belittling terms.

Most importantly, again, if the person feels sick is a sign the body needs rest, if the person is experiencing symptoms or at risk of mental illness, please seek professional help as soon as possible to take the steps to get well and stay healthy, because there is no health without mental health!

© Faith Foo, www.faithfoocounseling.com  [2017]. Unauthorized use and/or duplication of this material without express and written permission from this site’s author and/or owner is strictly prohibited. Excerpts and links may be used, provided that full and clear credit is given to Faith Foo and www.faithfoocounseling.com with appropriate and specific direction to the original content.

The Stars, Sunday, 2 Apr 2017 Depression: 40% of Malaysians will suffer from mental health issues in their lifetime