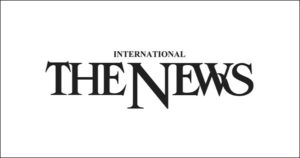 Islamabad: Seemab,* a student of seventh class, was taken to the emergency as she was found unconscious in her room. It was discovered afterwards that she tried to commit suicide by taking an overdose of pills commonly available at chemists.

Luckily, she was saved by the doctor but there was much more to this story which is hardly discussed at any serious forum. No one knows that she was overly stressed for scoring good grades. Not many are concerned about the daily fight she had to face within herself between the traditional approach expected from her by the family and the whole new exciting world introduced to her by the Internet net and the educational institution.

Thanks to social media and her friends, she was introduced to an eight-grade boy few weeks ago who claimed that he loved her and can do anything for her. It was again a new adventure for her. Her definition of love was derived from the movies and dramas regularly followed by the women in her house.

Already looking for a refuge, she decided to look into the opportunity. The relationship continued for few weeks. One fine day, on a small misunderstanding over a group conversation, the boy abandoned her. The boy started sharing snapchats of their conversation and pictures in different chat groups.

It might be an entertainment of school boys and girls but that was not a small thing for Seemab. Her conservative family would never understand the situation. She was already under pressure because her grades dropped over the period. The day when one of her cousin showed her pictures with the boy to her mother, she felt that her life has ended. She already bought those pills for this time and took no time in taking them.

Seemab’s story is not limited to her. The psychological issues among youth have reached to dangerous level but nothing is being done or planned at any level to address them. The families think that ignoring signs of depression and stress among children is the best possible solution. The schools are acting as nothing more than stress machines. There is no therapist made available by the school administrations to deal with stress and depression related issues.

According to World Health Organisation, in a population of 200 million every third Pakistani is suffering from depression. Talking to ‘The News’, known psychotherapist Dr Khadija Tahir said that anxiety, depression, substance abuse, sexual abuse and cyber bullying etc. are commonly seen among the youth of Pakistan. “Other common psychological disorders are eating disorders such as Bulimia are on the rise in the upper economic strata. Due to frequent terrorism episodes, the post-traumatic stress disorder is also common.”

Khadija says that adverse childhood events like neglect, poverty abuse ,excessive use of internet , bad education system, bullying and lack of security has led to the rise of depression in youngsters. “Severe depression can lead to suicide. Depression leading to suicide is the second leading cause of death between the age group of 15-29 years.”

She says that prevalence of depression is much higher in women than men due to illiteracy, abuse, neglect, poverty, early marriage, child birth and relationship issues. “A depressed mother is unable to raise a psychologically healthy child. She is unable to model healthy coping mechanisms. She is unable to teach the child how to protect themselves from sexual abuse, bullying and drugs.”

Khadija, who specialises in Eye Movements Desensitisation and Reprocessing (EMDR) therapy, says that another major cause is a rising trend of neglectful working parents. “Such children are either abused or they get into bad company. These children use internet indiscriminately which confuses their young mind and causes psychological damage.”

She agreed that depression is seen commonly in girls. “They are expected to help at home and are given less opportunities to flourish academically and professionally. Sexual abuse is very common and if the girls go to their parents for help, the parents hold them responsible for the abuse.”

Khadija says the roots of these problems lie in early childhood. “A healthy home and school environment with loving, nurturing and vigilant parents and teachers will raise psychologically strong children.”

Talking about the typical reaction of the parents and elders, she said that if the child or youngster presents with psychological illness, he or she is initially accused of malingering. She urged parents to act when they found symptoms such as low mood, weeping episodes, mood swings, irritability, aggression, lack of appetite, disturbed sleep, lack of self-care, instead of making situation uncontrollable. “If any of these symptoms last for more than two weeks, this requires a visit to the doctor.”

Talking about EMDR therapy, she said that it stands for Eye Movements Desensitization and Reprocessing. “The mind, just like the body, has a natural tendency to heal. If we get an injury the wound heals automatically but sometimes the wound gets infected the doctor prescribes antibiotics or surgery. Once the infected portion is removed the natural healing of the body starts. Similarly any traumatic incident will heal automatically. But sometimes the intensity of the trauma overwhelms the coping mechanisms even a small reminder brings back the memory. EMDR connects the trauma memory to the adaptive information. This memory is processed and becomes adaptive.”